Link to this page

The Prodigal Son
Order a Hand-Painted Reproduction of this Painting 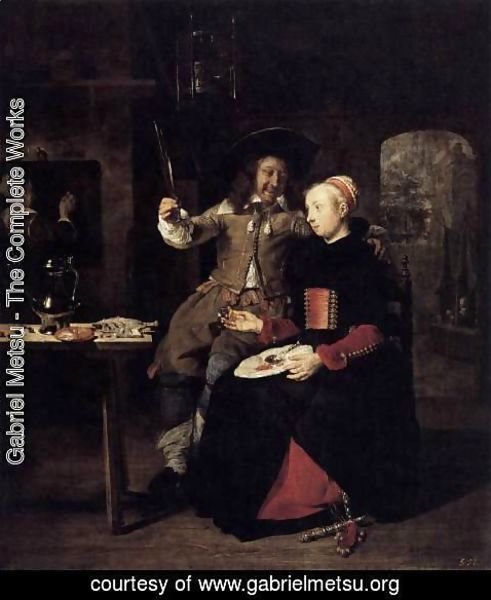 Gabriel Metsu (January 1629, Leiden - buried Oct 24, 1667, Amsterdam), Dutch painter, was the son of the Flemish painter Jacques Metsu (c.1588-1629), who lived most of his days at Leiden, where he was three times married. The last of these marriages was celebrated in 1625, and Jacomijntje Garniers, herself the widow of a painter with already three children, gave birth to Gabriel.

According to Houbraken Metsu was taught by Gerard Dou, though his early works do not lend colour to this assertion. He was influenced by painters in Leiden like Jan Steen and Jan Lievens, later by Frans van Mieris the Elder.

Metsu was registered among the first members of the painters' corporation at Leiden; and the books of the guild also tell us that he remained a member in 1649. In 1650 he ceased to subscribe, and works bearing his name and the date of 1653 support the belief that he had moved to Amsterdam. In Leiden it was told Metsu left a brothel at six in the morning and took a prostitute to the Academia. Before he moved to Amsterdam Metsu was trained in Utrecht by Jan Baptist Weenix and Nicolaus Knüpfer. 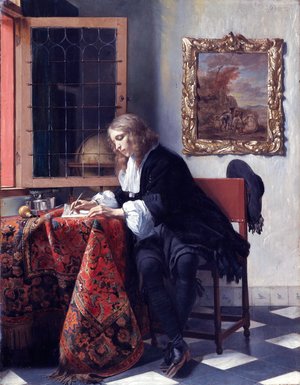 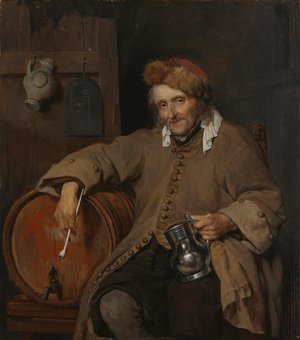 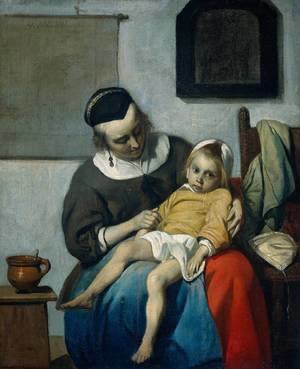 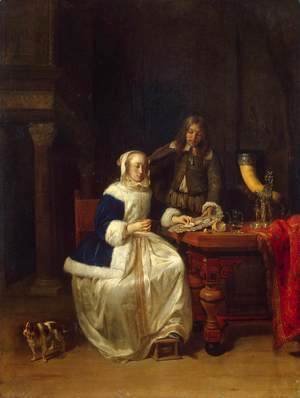 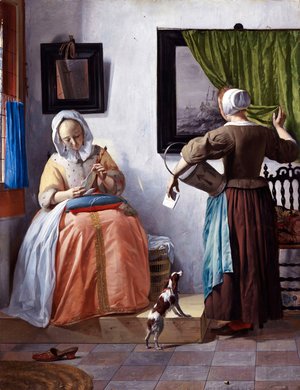 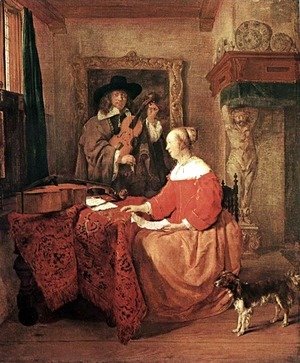 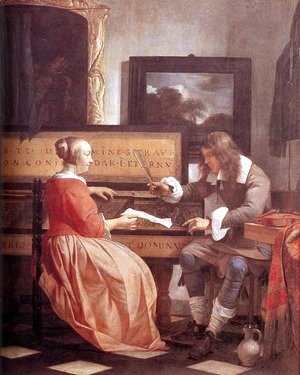 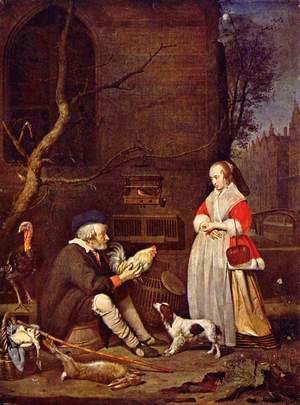 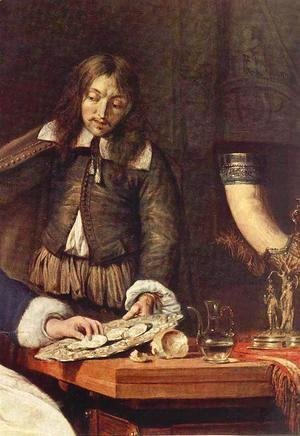 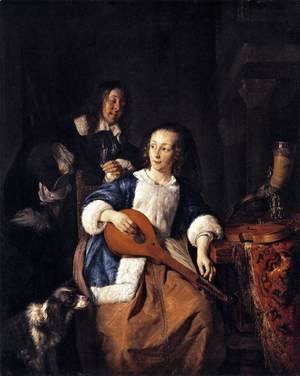 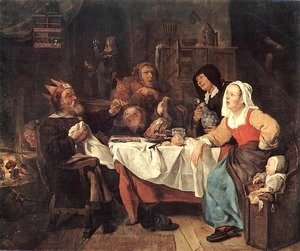 The Feast of the Bean King 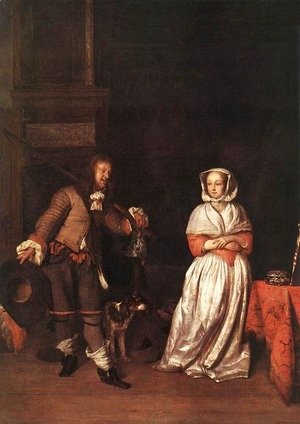 The Hunter and a Woman

Report an error on this page